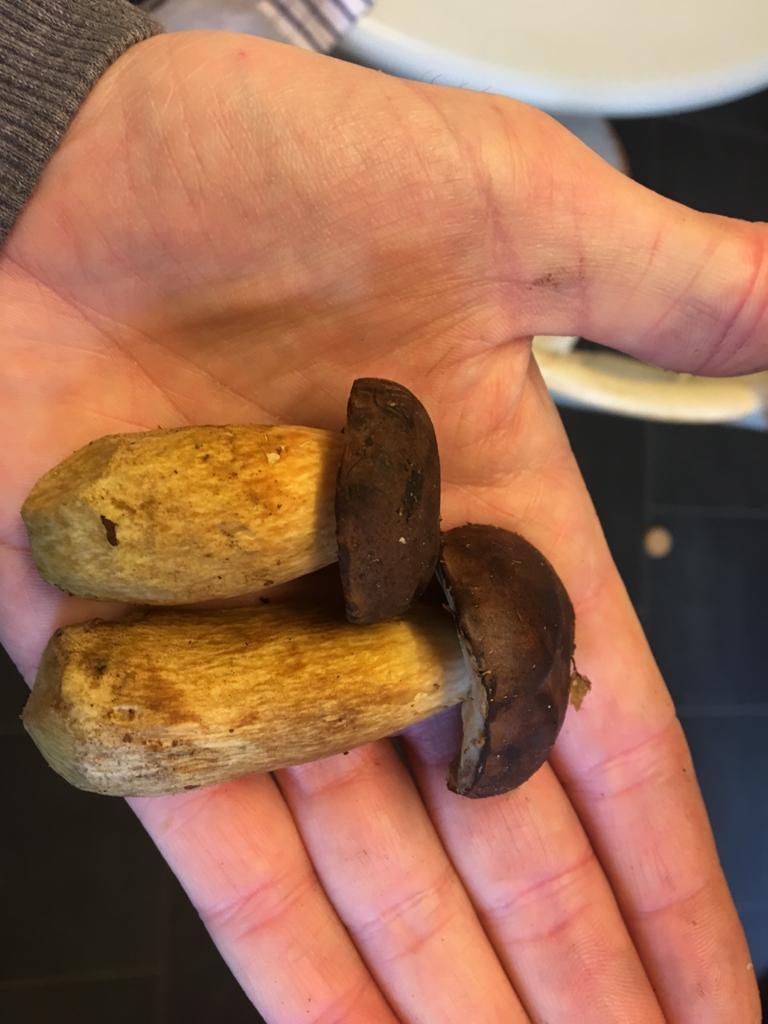 Habitat
Fairly common in the UK and Europe, also found in the USA. We find this mushroom mostly growing with spruce and pine but it also sometimes grows with beech and oak.

Description
The common name refers to the colour of the cap which is a bay brown or chestnut colour.

Identifying Features:
Cap: 5-15 cm in diameter, the cap is smooth and bay brown in colour.

Stem: The stem is lined vertically with shallow brown ridges on a lighter background.

Pores and Tubes: The tubes terminate with yellow angular pores that nearly always turn blue/green after touching them.

Uses
In food: Although not as well-known as its famous relative the penny bun or porcini mushroom, the bay bolete in our opinion is a choice edible with a very similar texture and flavour to the penny bun.

Harvesting
Late summer and autumn are the best times to find this mushroom.

Potential lookalikes
The penny bun sometimes has a bay brown cap, but the reticulate net pattern on its pale stem helps to distinguish it from the Bay Bolete.

Extra Notes
You tend to find this mushroom a little later in the year just after the Porcini or Penny bun has disappeared, it works brilliantly as a substitute in most recipes 🙂 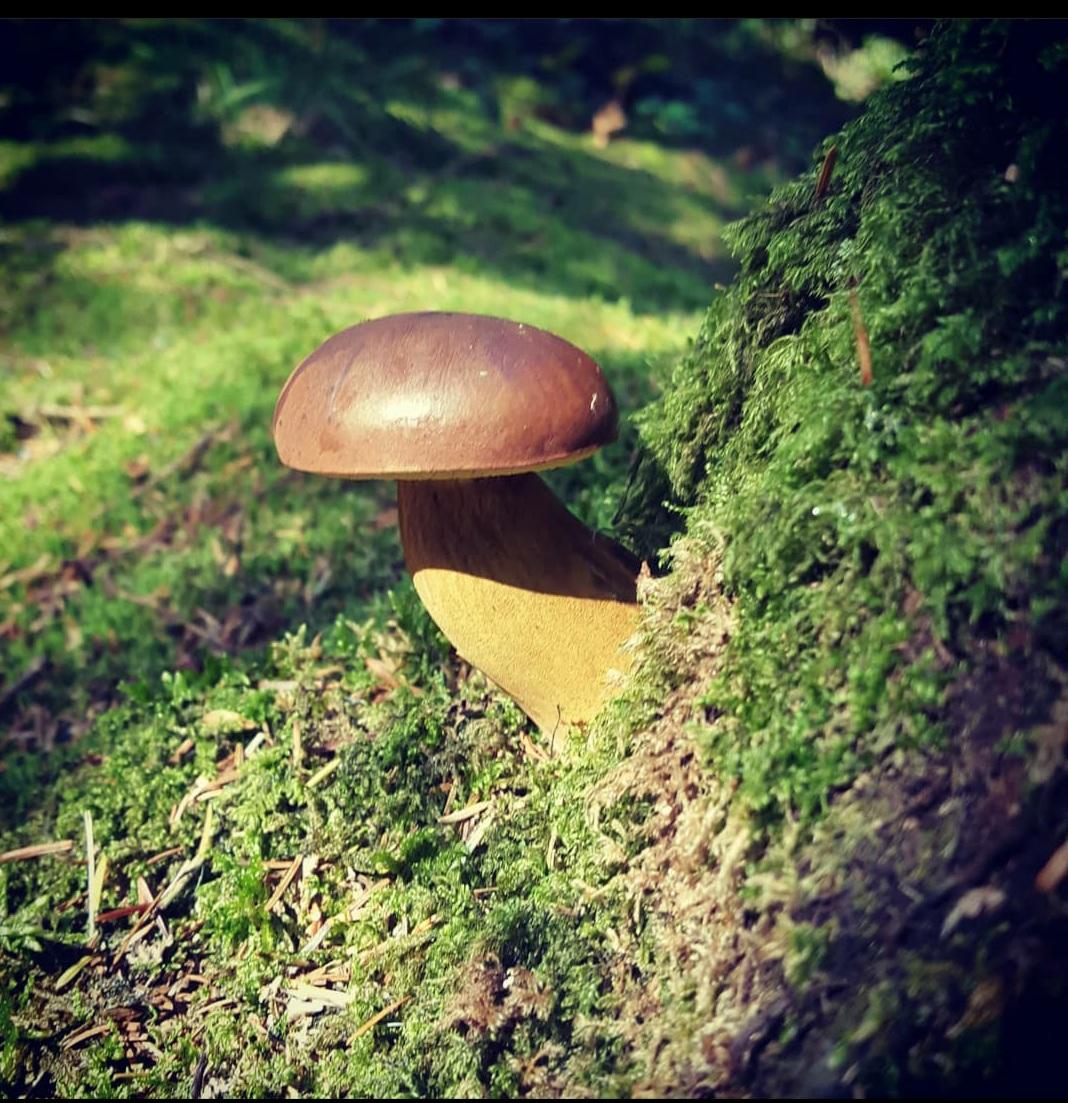