Grasslands, pasture, lawns, commons and roadsides. Found in rings, troops or individually. You will also sometimes find these in and around open woodland.

A large white to off-white fungus with a fine velvet-like surface when young becomes smooth and papery. The inside of the fruiting body will turn into brown mature spores.

No visible stem but sometimes has a fine root-like filament that connects it to the ground.

My favourite way to cook them is to cut them into thick slices, coat them with flour, egg and breadcrumbs and deep fry them. The ultimate vegan schnitzel.

You can also slice them across to make a large round base which can be used as a pizza base.

You can find Giant puffballs pop up at a number of different times of year however they’re most often found through the UK Summer. 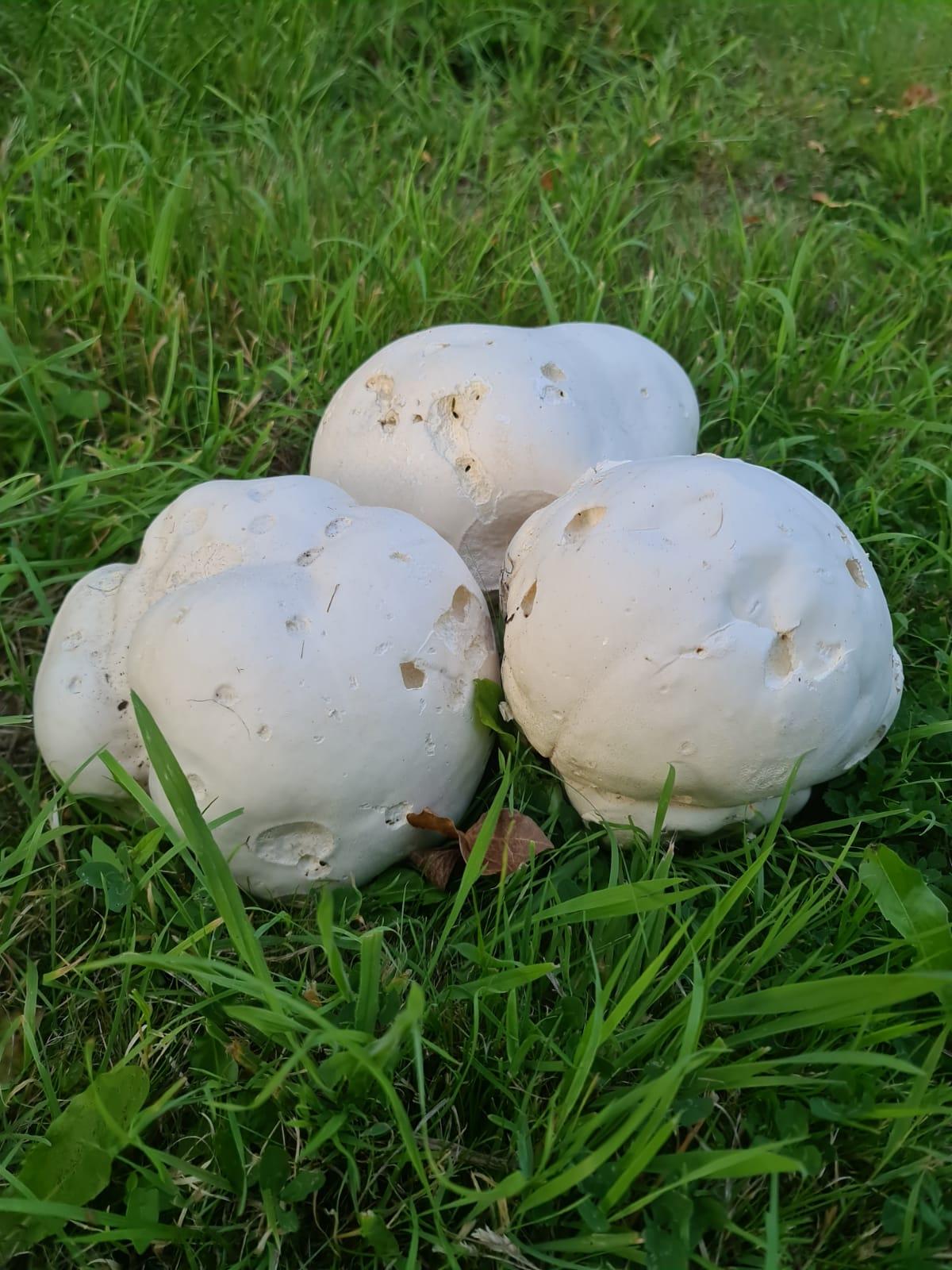 We gather these mostly in late summer or autumn.

The only thing this fungus could be confused with would be a football or another member of the puff ball family which is not an issue as all puffballs are edible when they are young.

The earth ball is the only thing to read up on when looking for puffballs – it’s a round mushroom but is more often than not dark in the centre with a marbled effect. However, they can also be white in the centre. The skin is much more tough and firm like pig skin and the skin itself is much thicker, when picked up the earth ball always brings up some mycelium with it.

If this mushroom has passed its best eating stage (when it starts to turn brown inside) you can get lots of joy out them still. Simply line one up and pretended you’re kicking an American football and watch the brown powder fly everywhere.