Habitat
Europe, including Britain, from Scandanavia to the mediteranean and Black sea. It grows on the coast line, preferring sandy and stony shorelines just above the driftwood line.

Description
Raphanus Maritima is a BIENNIAL growing 0.8 m (2ft 7in) It the first year only a rosette of leaves forms, with flowers and seeds coming in the second year

Identifying Features:
Leaves – long up to 30cm) and divided into lots of rounded lobes coming off the central vein, which is often a pinkish-red colour. They grow in a rosette and are very rough textured.

Flowers –  The flowers are cross-shaped with 4 bright yellow petals, similar to its relatives in the cabbage family. The seed pods are a very distinctive shape, with 2 or 3 distinct ‘peas’ and a long tapering end.

Stems – are thin and spindly, growing to around 1m and branching to hold a cloud of small flowers 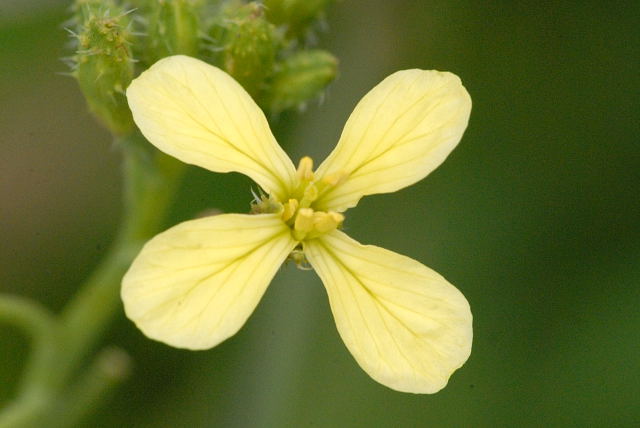 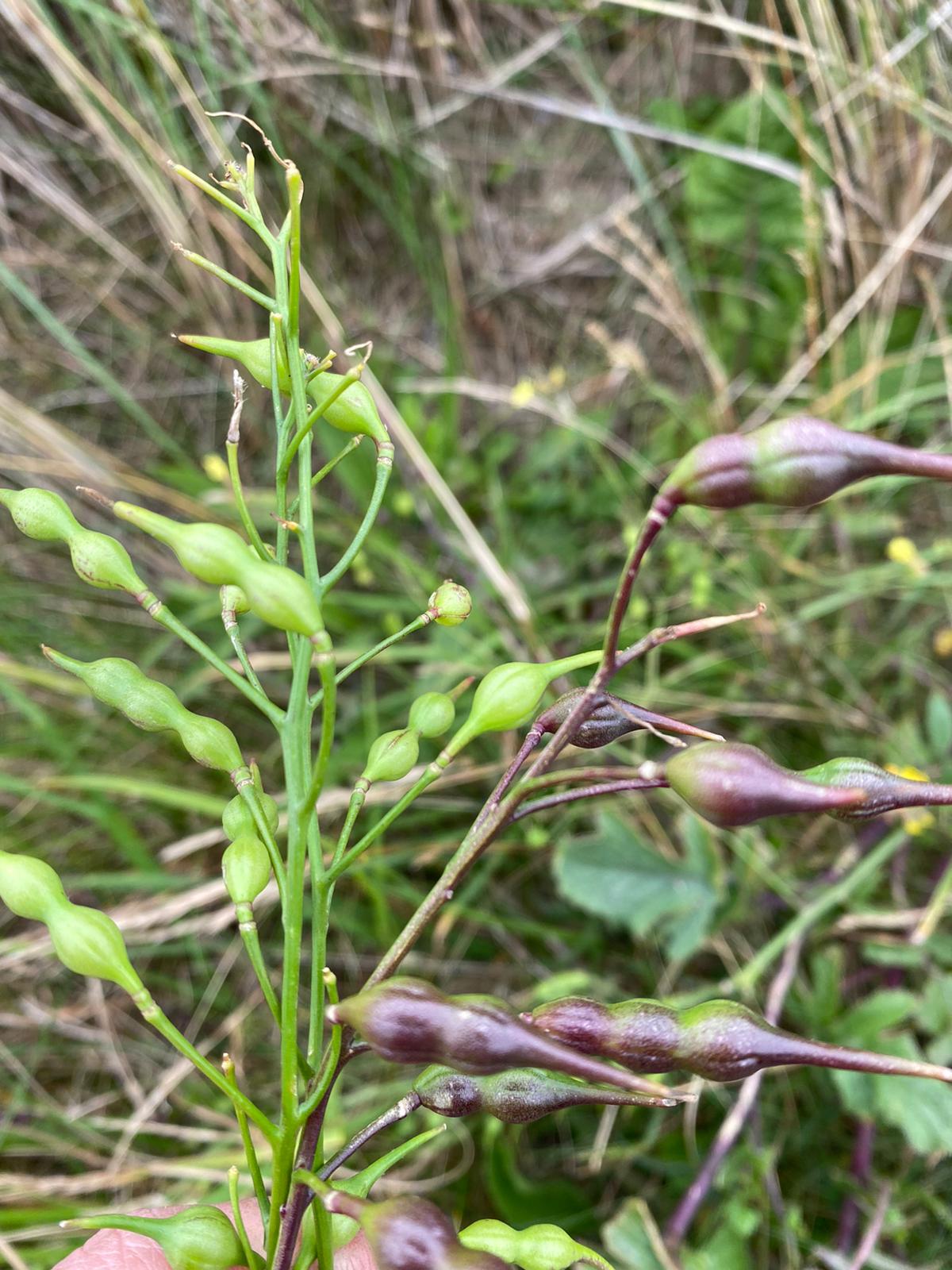 Food
The whole plant is hot and peppery tasting, a bit like cultivated radishes, wasabi and a hint of cabbages. Young leaves, flowers and young seed pods can be eaten raw or cooked. When the seed pods mature and harden too much to eat raw, they seeds can be ground and used as a spice, like mustard seeds.  The leaves can be added to salads, blitzed into a spicy sauce or mixed with other leaves and cooked as a potherb. The flowers can be sprinkled on a salad for a peppery kick, and the root can be used as a substitute for horseradish.

Medicine
None known, although the closely related Wild Radish has some history being used for skin complaints

Known hazards
None known. Consuming large amounts could irritate the mouth and intestines

Harvesting
Appears in early spring, before many other greens. It is in flower from May to November

Potential lookalikes
It is very similar to wild radish ( raphanus raphanistrum) ,which has white or pink flowers rather than yellow. The two can pollinate each other and form hybrids. The flowers and leaves could be mistaken for others in the cabbage family, but all of them are edible .

Scots Pine / All Year Round / Edible Identification Guide for Scots Pine A tall, evergreen tree (up …