Description:
A large deciduous tree, growing up to 30-40 metres when fully grown, with distinctive round-loped leaves.

Identifying Features:
Leaves: Around 10 cm long with 4-6 lopes. Leaves have almost no stem.

Fruit: Acorns are 2–2.5cm long, on long stalks and in cupules (the cup-shaped base of the acorn). As it ripens, the green acorn turns brown.

Food: Acorns have been gathered and eaten by humans since ancient times but the issue with the nuts is not their flavour but the effort involved in getting them ready to eat, because they are naturally inedible to us humans. Acorns are packed with tannins; a compound that makes them astringent and bitter and they must be ‘leached’(rinsed in running water over a period of time)  first to make them palatable.

Oak leaves were once used to make wine and even the trunk of the tree has provided an edible source of gum.

Medicine:
Leaves, bark and acorns were believed to heal many medical ailments, including diarrhoea, inflammation and kidney stones.

Harvesting:
Spring for leaves and autumn for acorns.

Potential lookalikes:
The Sessile Oak, but its leaves have stalks and its acorns don’t have stalks (whereas it’s the opposite in English oak which has tiny or no leaf stalks and acorns with long stalks). But there is no issue if the two are confused, they can both be used in the same way.

Top tips
You can reduce the processing time of the acorns dramatically bu collecting them later in the season when they’ve turned dark brown, instead of leaching in running water for 1 week you can boil for 5 minutes 🙂 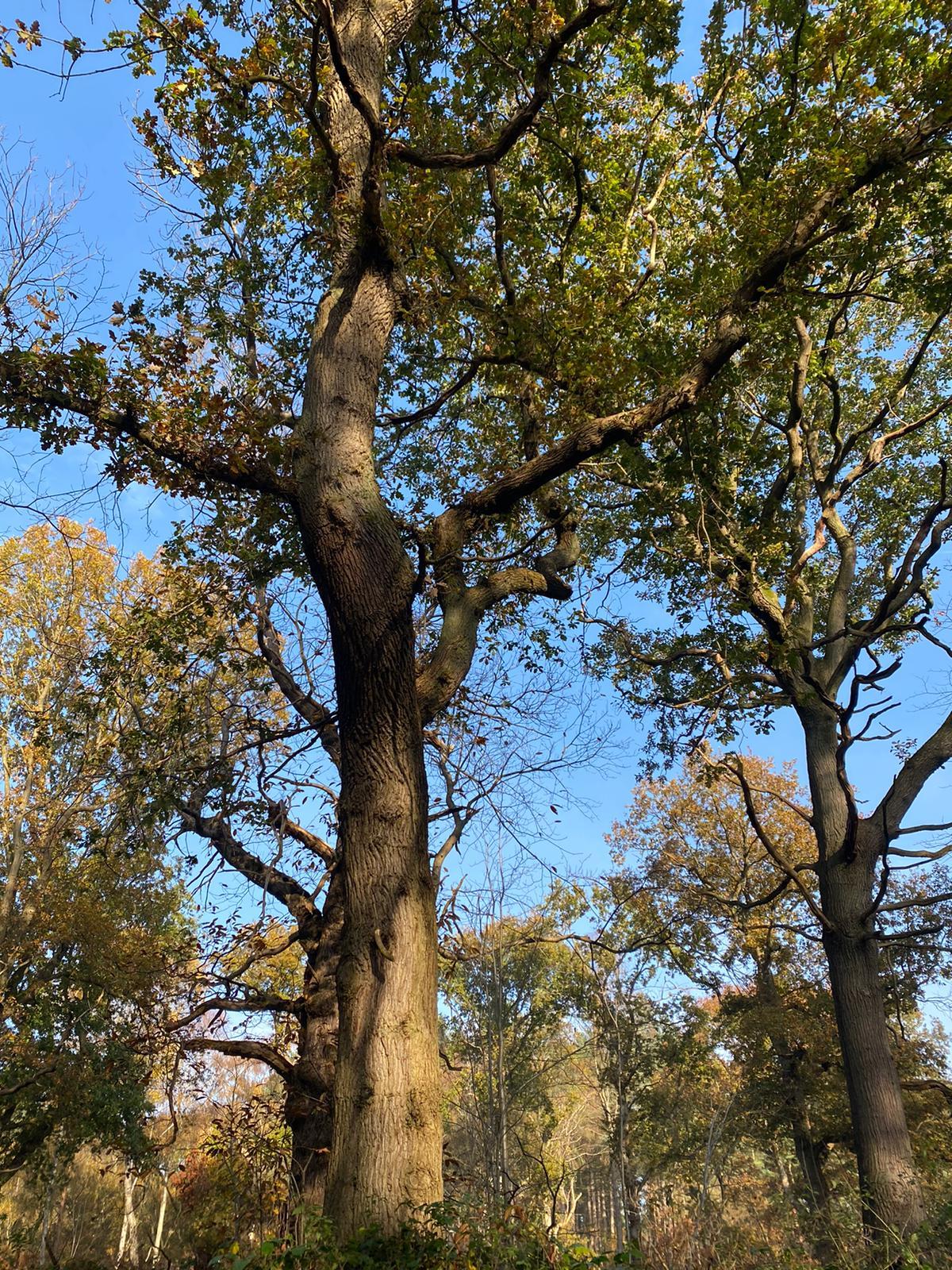 What can we do with Oak Trees?