Meaning of Botanical Name
Cortinarius refers to the cortina or the web-like threads that join the cap to the stem when young, violaceus referring to the violet colour of these mushrooms.

Could be confused with
Wood blewit, other violet coloured webcap mushrooms

Physical Characteristics
When young this mushroom has a deep purple cap, developing an umbo (lump) in the centre with age, the edge of the cap is enrolled. The gills are also purple becoming rusty brown with spore deposits with age, they’re widely spaced and adnate. The stem is purple and fibrous with a club shaped base. The spores are almond shaped and rusty brown, often you will see spore buildup on any remaining cortina on the stem.

Edible Uses
This mushroom is classed as edible, but due to the nature of this family being very difficult to identify between the species and the deadly toxic nature of the look alikes we don’t recommend eating this mushroom, unless under the guidance of a trained mycologist who’s done microscopic investigation on the spores of every specimen you plan to consume. 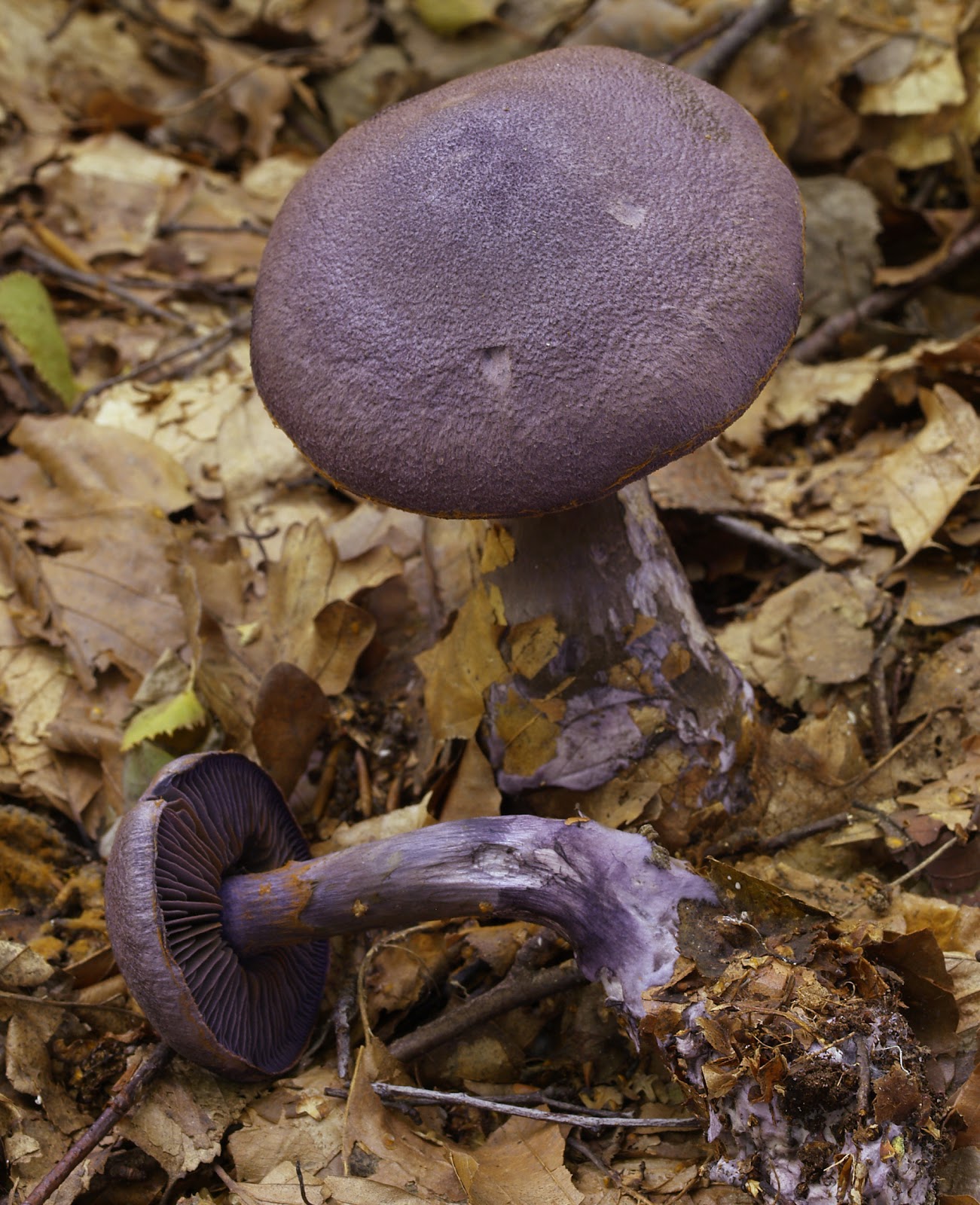 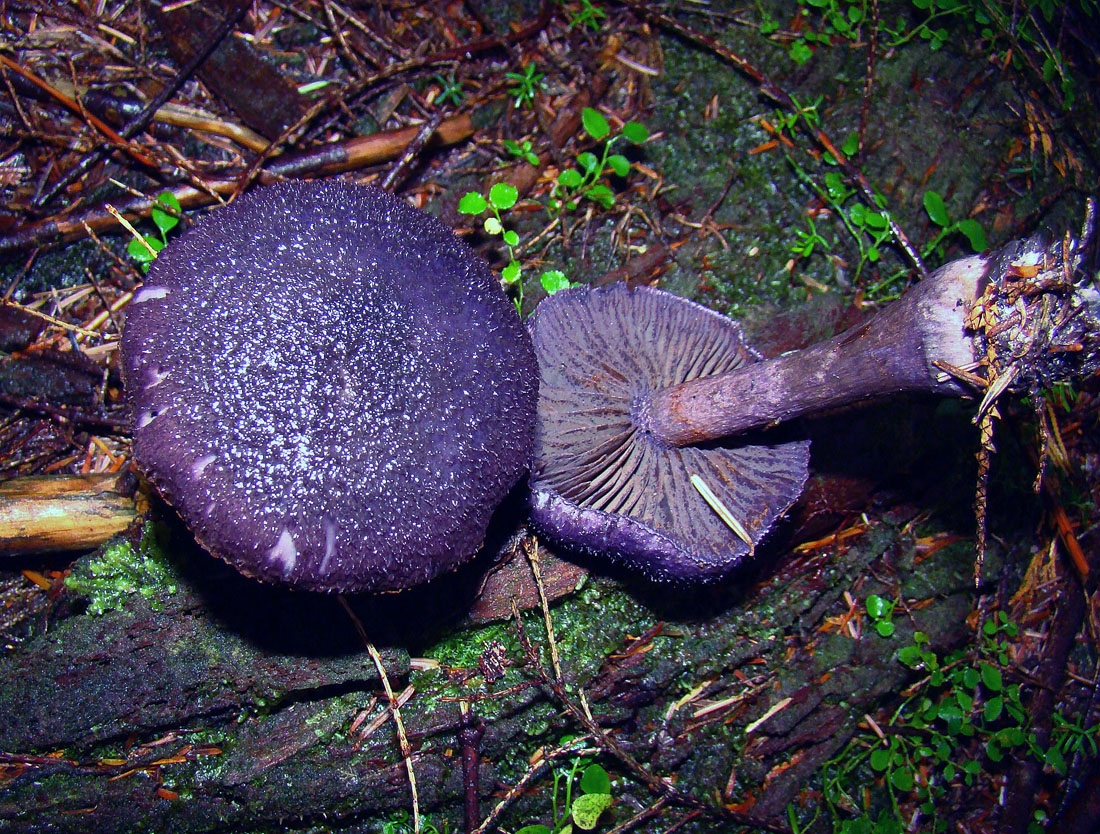