Birch polypore grows primarily on birch trees and has no look-alikes. You can sometimes find them in big clusters all over trees also.

A large bracket develops from a small white spherical swelling on the side of dead or living birch trees. Very common in Europe and North America.

Grey-brown at first and almost spherical, flattening and turning browner on top and white underneath as it matures. 10 to 25cm in diameter and 2 to 6cm thick when fully mature, they grow singly but there are often several on the same host tree so that from a distance they look like a series of steps. 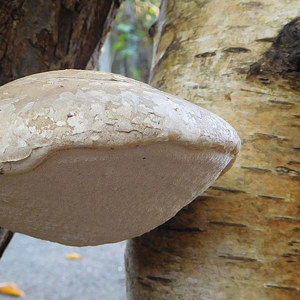 Not generally eaten as the texture is like Styrofoam once they are large, small ones can be eaten, they have a citrusy flavour. This isn’t to say they couldn’t be eaten with some innovation.

An amazing mushroom that has been used medicinally for many millennium. It has lots of uses including:

Antiviral. In tests extracts from the Birch Polypore blocked reproduction in HIV cells, and has proved positive in treating flu, yellow fever and West Nile flu.

Antibiotic. The Birch Polypore contains the antibiotic piptamine which has been used to treat e-coli.

Anti-Tumour. Betulenic acid and other chemicals in the fungi have been shown to destroy cancer cells while not affecting healthy cells.

Antiseptic. For cleaning wounds and being an aid to healing.

Antifungal. This mushroom does not like to share its habitat with other mushrooms and contains some powerful antifungals.

As its common name suggest this fungus has been used in the past by barber to sharpen their razor blades, it has also a useful tinder fungus as it will easily take a hot spark. A field dressing or sticking plaster can be made from the porous underside.

The brackets are annual but may persist through one winter.

It is difficult to confuse this polypore with any other species because of its distinctive colouring and specific restriction to birch trees. 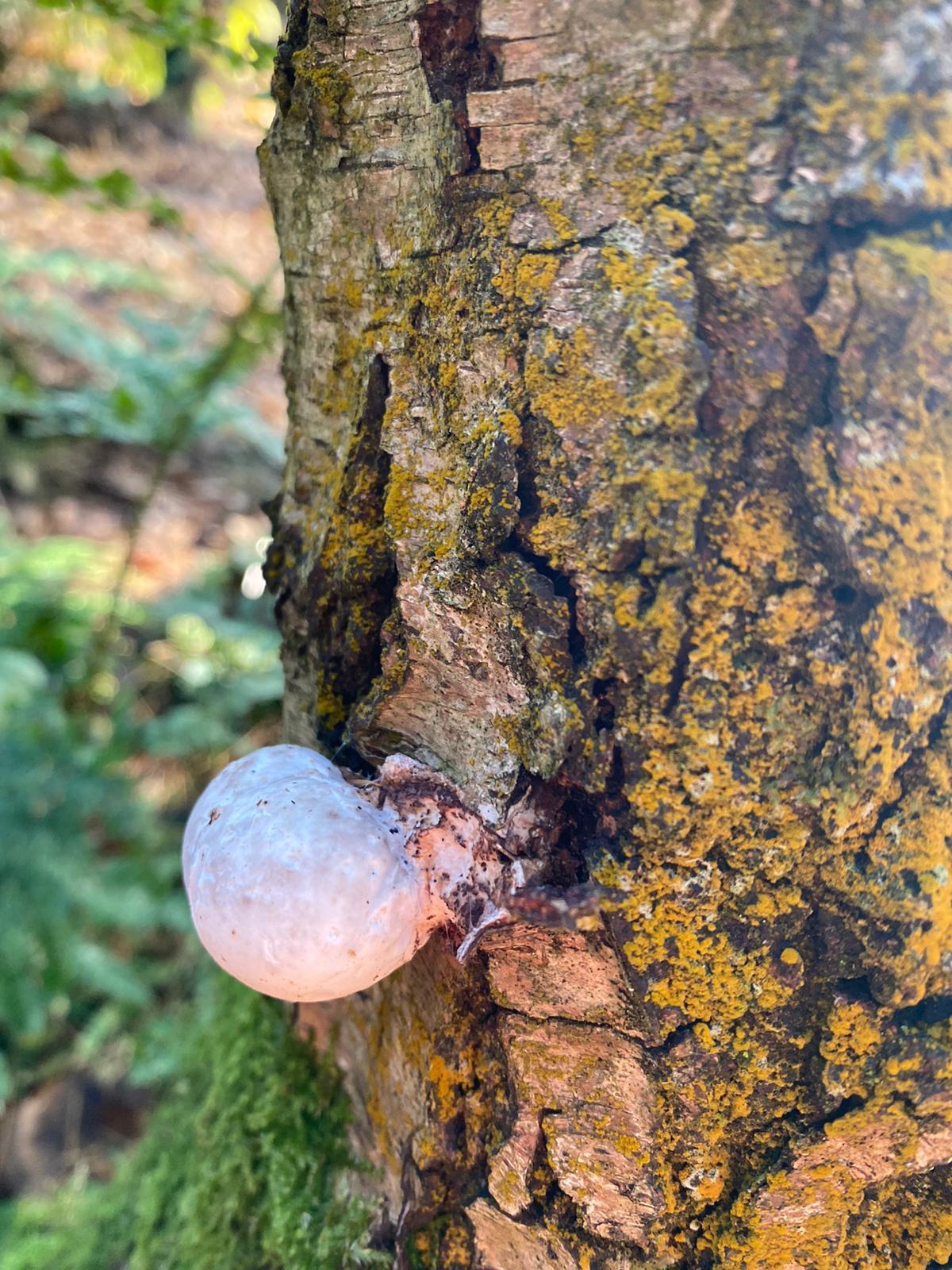 More things do with Birch…