Three corner leek is a heavily invasive member of the allium family which has a chive and leek flavour and can be used in any recipe calling for either of these ingredients.

Has known to be toxic to some animals including dogs

Bluebells, other wild Alliums such as few-flowered leek the key for three corner leeks is that the leaf cross-section has 3 edges.

Fairly common throughout the UK and Europe.

A lovely winter and spring plant that is a fantastic pre cursor for the more well known wild garlic. It can be used in recipes calling for leeks or chives.

A small bulb growing into long thin waxy leaves which have a triangular shaped vein running down the centre. 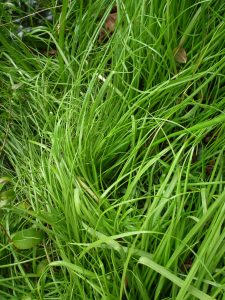 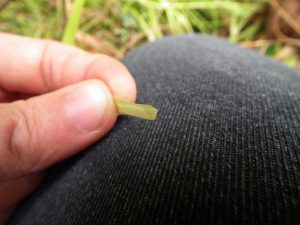 It has bell like flowers, each flower with 6 white petals that have a green stripe down the middle. 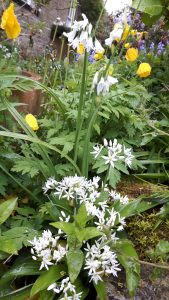 When crushed this plant has a pleasant oniony smell and a wonderful mild onion flavour.

The whole of the plant is edible, the leaves, stems and flowers are great in salads, or a replacement for onions or leeks in any dish. The roots are edible but the flavour is similar to the rest of the plant so by eating the roots you’re reducing how much will return the following year.

They contain sulphur which can help reduce cholesterol.

Three-cornered leek can often be found growing in with bluebells, so check for the triangle shaped vein on each leaf you harvest.

Here’s what peramculture magazine have to say

Spindle / Summer / Autumn / Toxic Spindle is a fairly common shrub or small tree, one of the indicto…

Recipe from @the_road_to_connorThis recipe is Part soccata, part omelette – I made this super …

Nettle Pasta, Wild Garlic and Prawns Now we can start bringing our wild food basics together to buil…