When we think about poisonous plants and fungi what do we mean?

Fatal is easy to judge but how do you judge harm? Isn’t everything in large enough quantities harmful?

Often when people are just starting out in foraging or plant ID they want things really clearly defined as edible or poisonous as if there’s this great dividing line but unfortunately, it’s not that simple, it’s a bit of a sliding scale. We need to think about the time of year, how much will you consume, which parts of the plant we’ll eat, how will we cook or process it and then individual intolerances.

For example if you think about some common items that you might get in the supermarket and you can only label them edible or poisonous, where would you place potatoes? Toxic raw but when cooked delicious. Vodka? Safe up to a certain level but there may be some issue after that and then milk? Most people have no issues with milk but some people aren’t able to digest it. As you can see there’s a lot more to think about.

Here are some examples;

Yew (Taxus baccata), virtually all parts are deadly poisonous apart from the flesh of the seeds and the bark is used in a prescription drug to treat cancer.

Fly agaric (Amanita Muscaria), toxic and hallucinogenic but the toxins are water soluble and can be leached out when boiled in water.

Wood sorrel (Oxalis acetosella), a true gourmet edible, loved by chefs but the plant is high in oxalic acid and should only be eaten occasionally. 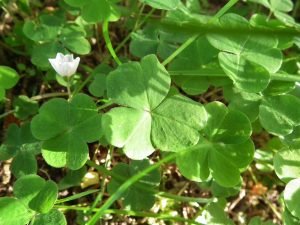 The Brown Roll rim (Paxillus involutus), a mushroom that’s eaten in Eastern Europe but it contains a toxin that can build up in the body over time and eventually lead to a rather nasty death.

As you can see there is a lot more to it than just saying good or bad and even if a plant is best avoided they can still be valuable to other life forms or have medicine values. As with most things it’s neither black nor white, it’s mostly grey.

Please don’t let this put you off foraging, once you start to get more experienced it will all start to make more sense and as I sometimes say on courses learning the poisonous things first isn’t a bad starting point, if you can avoid them you’ll stay safe.

Here are some of the main species that I’d recommend learning and avoiding;

Deathcap (Amanita Phalloides) It’s one of the most toxic mushrooms in the world but trials have suggest that it may be a useful cancer medicine in the future.

Giant Hogweed (Heracleum mantegazzianum) A non-native species that can cause blistering upon contact. 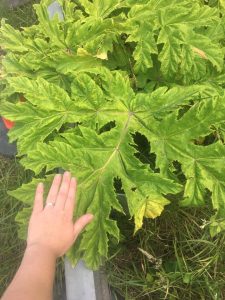 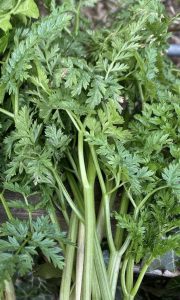 Destroying Angel (Amanita virosa) Again potentially deadly poisonous but as they contain the same toxins as The Death Cap they are being investigated as a potential cancer medicine.

Through this guide we’ve taken a look at:

The list of health benefits from dandelions is vast, this simple garden weed could be used to aid we…

I found wild poppies growing nearby, in a safe and un-polluted local environment and they looked ama…